Home › Entertainment › Tragically Hip: The most Canadian band in the world

Tragically Hip: The most Canadian band in the world 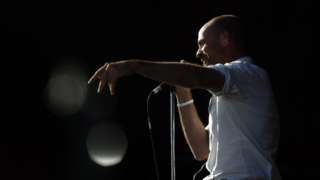 Few rock bands are publicly mourned by the prime minister and other high-level politicians, comedians, and actors, alongside the country’s most prominent musicians.

But the Hip, as they are known, are not ordinary musicians to Canadians.

Rather, more than any other artist, they have reflected the sense of what it’s like to love and live in a small, beautiful, overlooked country.

To understand why the Hip resonates, it’s essential to understand Canada’s place in the world. From Confederation in 1867 to the end of World War II in 1945, the country lived in the shadow of Great Britain.

“Living next to you is in some ways like sleeping with an elephant,” Prime Minister Pierre Trudeau told Americans in 1969.

“No matter how friendly and even-tempered is the beast, one is affected by every twitch and grunt.”

American power is overwhelming, and Canada struggles to maintain a distinct identity in the face of a colossus.

No part of the world escapes American culture – its music, movies, television, and fashion is embraced by all parts of the globe.

Canada has fewer resources than most countries to preserve a separate national culture, being relatively young, small in population, and isolated geographically.

Even worse, many of the most talented and popular artists and intellectuals migrate to the US, unable to resist its mammoth market and influence.

Most of the Canadian-born entertainers and thinkers best-known to the world – from Justin Bieber to Ryan Reynolds to Frank Gehry – live in America.

Neil Young, Joni Mitchell, and Celine Dion all moved south of the border – the Canadian border – to achieve fame. Even Alice Munro, who won the 2013 Nobel Prize for her short stories about small town Ontario, attracted attention through the New Yorker magazine.

The Hip never penetrated American consciousness, conversely. Nine of their albums have reached number one on the music charts in Canada; they have never broken even the top 100 in the US.

They are even more obscure internationally. As a result, the band is like a secret handshake for Canadians, a way to establish an exclusive commonality among anyone between the ages of roughly 15 and 45.

It helped that the Hip never seemed to care much about becoming worldwide superstars. They appeared once on Saturday Night Live – introduced by fellow Canadian Dan Ackroyd -and toured the US many times.

But their base was always in Canada and they never left home for long periods of time.

“[Interviewers] always ask us about our success or lack of success in the States, which I find absurd,” Downie once complained. “While that is a story of the band, there are so many other stories.”

What’s more, the Hip mined and reflected Canadian mythology in their lyrics. Songs frequently have references to hockey, geography, history, and culture that are recognisable to Canadians but unknown to outsiders.

One of the band’s best-known songs, Courage, is subtitled “For Hugh MacLennan,” a mid-20th Century Canadian novelist.

Another, Bobcaygeon, name-checks Toronto and is named after a picturesque tiny town in Ontario. Downie sings in one song of Jacques Cartier, the French explorer who named Canada. He even mentions the Canadian Broadcasting Corporation in another tune.

The Hip treat their country the way Bob Dylan treats America: as a source of endless poetic fascination and mystery. And as with Bruce Springsteen, the band became a cherished national symbol, even if only to itself in this case.

Lyrics aside, however, the Hip are fully American-derived. That reality is telling – it is difficult for even nationalist artists to avoid US impact, an inescapable closeness that breeds resentment alongside affection. The Hip play rock n’ roll, after all, an art form that originated not in Montreal and Vancouver but in Memphis and Chicago.

Their music is a combination of bar bands from the 1960s, stadium rock from the 1970s, and college rock of the 1980s. What’s original comes from Downie, who interrupts his Canadiana-saturated lines with bizarre stories about whale tanks and double suicides.

But originality is not the point. Cultural artefacts do not have to be artistically revolutionary to be meaningful. And there is no doubt about the Hip’s meaning to millions of Canadians.

In the cassette culture of the 1980s and 1990s, the group’s shows were heavily bootlegged, with tapes of their concerts circulating among fans and records stores in the tradition of the Grateful Dead.

They have sold more albums in Canada than global powerhouses like U2, and retail chains used to open stories at midnight when Hip albums were released to offer fans instant access to the new music.

In 2013, Canada Post even released a stamp with a photo of the band.

Asks Downie in one song: “What’s a windswept face, the elusive presence of the sun, to the hard Canadian?”

Canadians know the answer, even if nobody else does.

Thanks for a great article BBC.
BBC Magazine Link