5 Classic Cocktails Every Man Should Know

5 Classic Cocktails Every Man Should Know

Editor’s Note: This is a guest post from Mike Hagan, a  bartender. 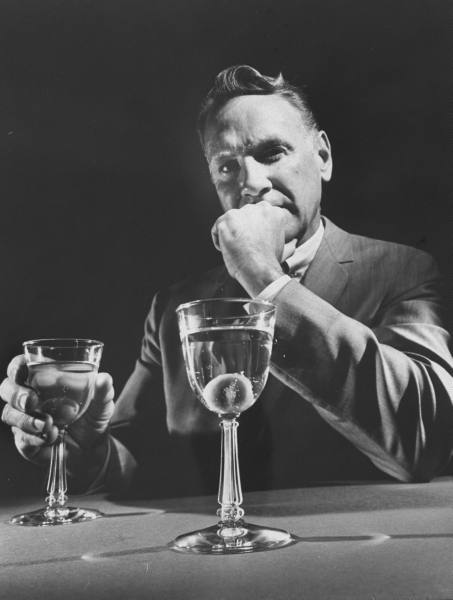 There’s been a trend lately to get back to the old way of doing things, especially when it comes to things we ingest. People are eating organic produce, for example, and some are going as far as planting their own gardens. Many chefs are serving old-world comfort food right next to their innovative dishes. This trend has also entered the world of libations. Drink menus around the country are starting to have more of the old classics included on them. Many mixologists are using these cocktails as starting points for newer versions that take advantage of the plethora of products out there today. Recipe books from classic bars such as the Old Waldorf-Astoria,The Savoy, and the Stork Club are available in reprint editions for the new generation to use. And who can forget Old Mr. Boston? They’ve been printing those books since 1935 and still do to this day.

But you don’t need a recipe book to get started mixing up some of the classic cocktails men have been drinking for decades (and in some cases, more than a century). Here’s how to create the 5 classic cocktails every man should know. 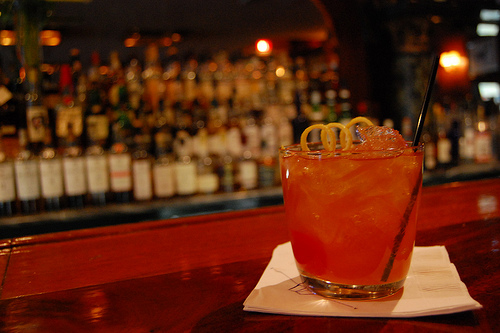 Image by Made in Mississippi

The Old Fashioned is a bourbon-based cocktail, but try it with any whiskey. You may find you like the sweeter taste of a Canadian whiskey, the more sour taste of the Tennessee stuff, or, for some complexity, use rye. This drink uses a short round glass, sometimes called an Old Fashioned glass, after the drink itself.

Put 1 sugar cube in glassAdd 2-3 dashes of Angostura bittersAdd 1 splash of soda waterMuddle (smash) until sugar is dissolvedFill glass with ice cubesAdd whiskey to the top of the glass, stirGarnish with an orange slice and maraschino cherry

Notes on muddling: To muddle just means to smash. You can use whatever is at your disposal. Some bartenders muddle with the back of their bar spoon for light muddling and use a muddler (basically a wooden dowel about the width of a broom handle) for more intense smashing.

For a sweeter drink, add more sugar or muddle a peeled orange slice along with the sugar and bitters. For a weaker drink, use less whiskey and top with soda water. Use just whiskey, sugar, and bitters to make the Sazerac (swirl the glass with absinthe and dump out before filling for a true one). 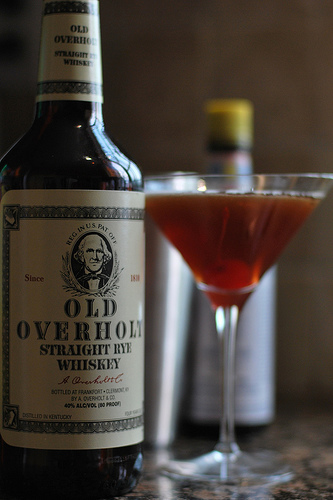 This is another whiskey-based cocktail. Where the Martini is gin and dry vermouth, the Manhattan is whiskey and sweet vermouth. And don’t forget the bitters! Angostura or Peychaud’s works fine.

Add ingredients to cocktail shaker filled with ice. Stir until very cold (stirring is very important to help the ice melt to water it down a bit and make it more palatable). Pour into cocktail glass and garnish with a maraschino cherry.

Trade the whiskey for Scotch to make it a Rob Roy. Trade with brandy for a Metropolitan. If you desire the drink to be sweeter, add some juice from the maraschino cherries.

*Note about simple syrup. Simple syrup can be purchased, but it’s easy to make yourself. Heat a cup of water almost to boil and add a cup of sugar, stirring until completely dissolved. Let cool and add to a container for storage. Should be kept in refrigerator. To make bigger quantities, just make sure to use equal parts sugar and water.

Trade vodka for gin to make a Vodka Collins, tequila for a Juan Collins, or rum for a Rum Collins. If you choose to use whiskey and take out the soda water, you’ve essentially made a whiskey sour. 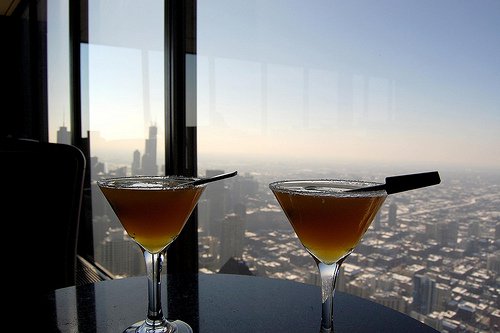 A popular French cocktail, as it uses two liquors made in France. Can be served in a sour glass (a smaller version of an old fashioned glass) or up in a cocktail glass

Shake over ice and pour into sugar rimmed glass. Garnish with lemon twist.

This recipe is the “French school.” The English school” calls for a slightly less sweet drink, using more Cognac and less Cointreau, about 3 parts to 1 part, and 1 part lemon juice. 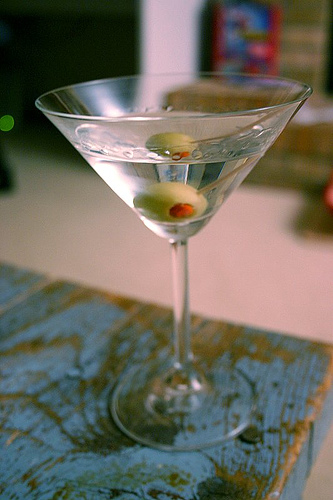 Last, but not least, we have the Martini. Themost argued about cocktail in the history of drinking. Stir or shake? Vermouth or none? Glass or metal tin? The Martini is THE drink that signifies nightlife and cocktails in general. When someone needs to use one image to symbolize drinking, more often than not, it’s the Martini. That sexy glass, clear liquor, green olive with red pimento. Makes me thirsty just thinking about it.

I’m going to give you the International Bartender’s Association’s official recipe, then explain the countless variations.

Pour all ingredients into mixing glass over ice and stir well. Strain into chilled cocktail glass. Squeeze lemon peel over the drink, discard. Garnish with one green olive.

The variations on the Martini could fill a whole book. Keep in mind there is no “right” way, only the way you want your drink. I’ll list a few of the most popular.

Vodka Martini: Use vodka in place of gin, garnish with lemon twist.Churchill: A Martini with no vermouth. Basically cold gin in a glass. Legend has it Churchill would “look in the direction of France” and that would be plenty of vermouth.Roosevelt: Two olives instead of one. Even number of olives is considered bad luck by some.Dirty Martini: Add olive brine to taste.Burnt Martini: Uses Scotch instead of vermouth.Buckeye: Martini with a black olive.Gibson: Martini with an onion instead of an olive.Dickens: Martini with no garnish — no olive or twist.Vesper Martini: 3 partsgin, 1 part vodka, 1/2 part Lillet, lemon twist, shaken, not stirred. James Bond’s martini. Also called a 007.Bradford: A standard Martini shaken, not stirred.

Notes on vermouth: When someone orders their Martini “dry” or “extra dry” that means to use LESS dry vermouth. People will order a Martini with no vermouth, not knowing that they’re ordering a Churchill. Some prefer the “in-and-out” method, which means to pour vermouth over ice into the mixing glass you’ll be using for the Martini and dumping it straight out before adding the Gin. Some will order a “Perfect” Martini, which in the cocktail world means equal parts sweet and dry vermouth. Others will order a “Sweet” Martini, meaning the use of sweet vermouth is preferred over dry. These will be garnished with a cherry.

Notes on garnishes: Traditionally, a single green olive or a lemon rind twist is used. Using a cocktail onion makes it a Gibson. One of the origin stories is, an American diplomat who did not drink would ask that his glass be filled with water and garnished with an onion instead of an olive so he could pick his glass out of a sea of Martinis. There are a few others. No one really knows the truth, which is part of the fun. Some people garnish with pickled okra, jalapeno peppers, pickles, lemon twists, lime twists. The possibilities are endless.

Notes on stirring or shaking: Traditionally, the drink is stirred. Some people believe shaking causes tiny bubbles which don’t allow for the drink to fully hit the tongue, making it unable to cleanse the palate fully between courses of food. Or that it “bruises the gin” making it taste sharper and less palatable. Others claim that shaking is the way to go, that “bruising the gin” is preferred because it releases the botanical oils in the gin and makes for a more floral drink. There is a taste difference, and it is a matter of preference.

These are five classic cocktails, and with the variations, many more. There are many I left out, and some of you will have your favorites that I didn’t include. I tried to choose ones that are classic, popular, easy to make, and have stood the test of time, so you can do it at home. Enjoy, have fun, and hopefully you’ll find an new favorite in an old classic.

The Art of Manliness
Copyright © 2016 All Rights Reserved